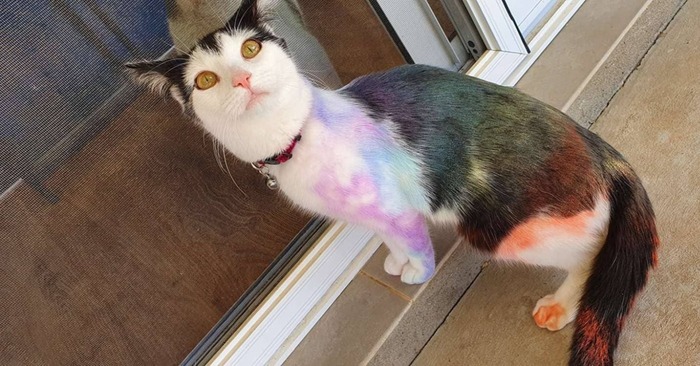 Tage and Tail are two cute cats, that like spending happy time with their family when they are outside. And they are sad, when they are not allowed to go out for something. 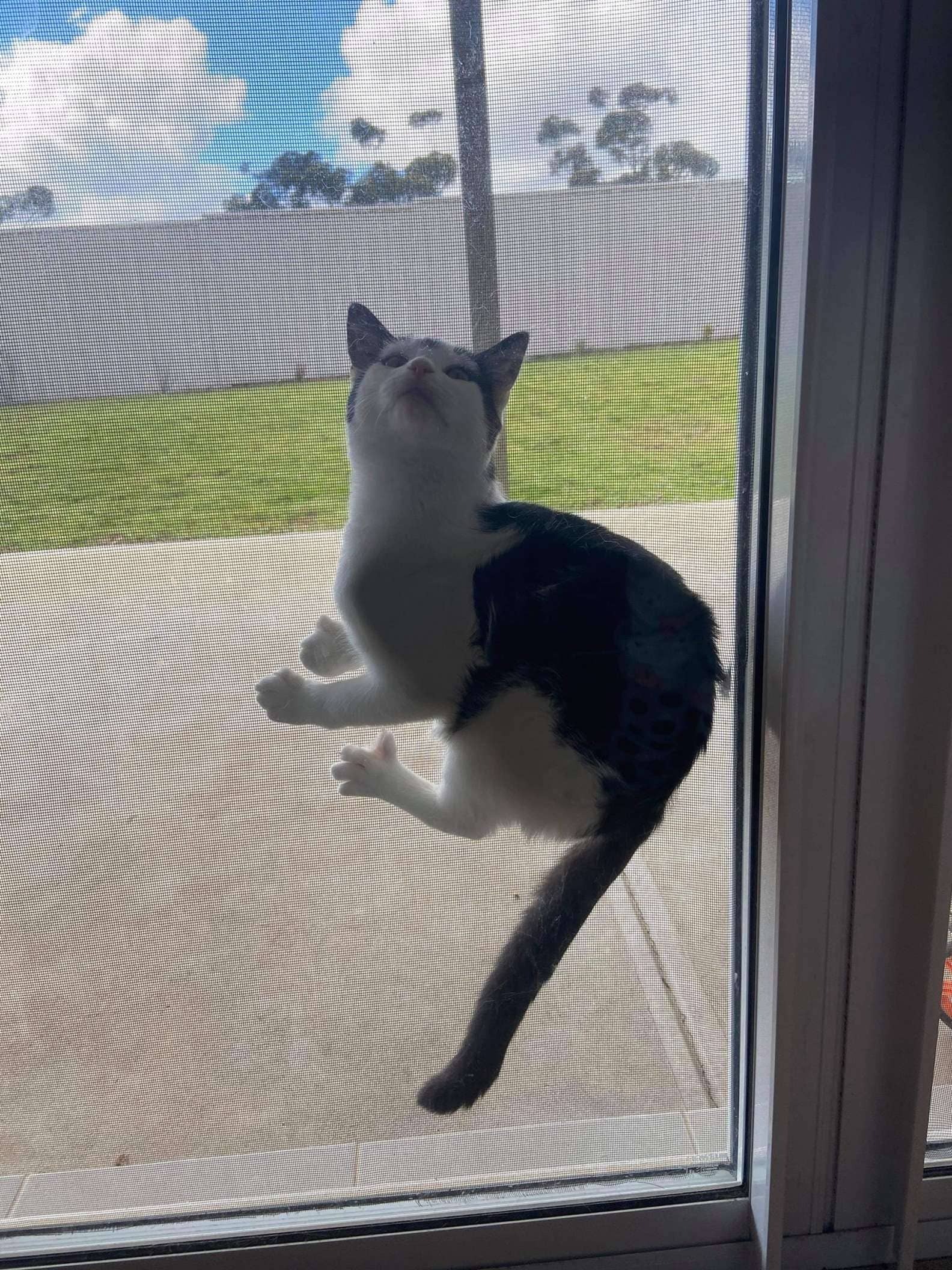 The family decided to paint their back patio with chalk paintings. Tage and Tail also wanted to join, but they were confined inside.

“They were looking from the window while we painted the patio. When we finished, we let them out. They were quickly covered.”

When the two cats saw the chalk painting they started to roll all over them and were completely covered in different colours. The family started to laugh when they saw their rainbow coloured cats rolling about and covering themselves all over their artwork.

No one cared, that much of the paintings were damaged. The cats didn’t want to destroy the chalk paintings, but to improve the art.

After being fully covered in chalk, they seemed to notice something unusual about themselves.

“Tage seemed to be indifferent, while Tail quickly understood his fault.”