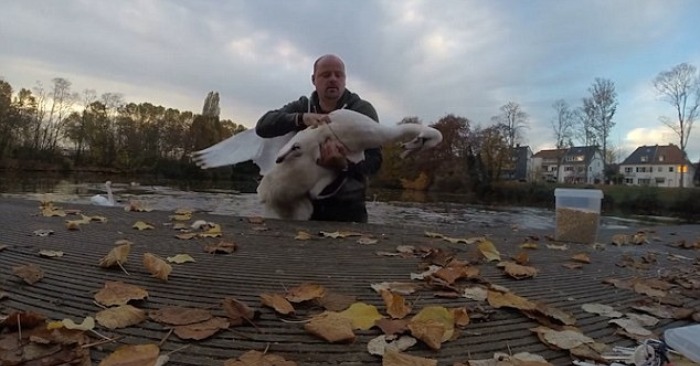 What a skilled rescuer!

Once when Stefan Broeckling was feeding the swans in Duesseldorf, Germany, he spotted that one of them was in need; the poor creature was caught in a plastic ring and his life was in danger.

The man hurried to save the swan and he behaved like a skilled rescuer. At first he managed to attract him with grain, then he carefully caught his neck and removed the ring without harming the swan. 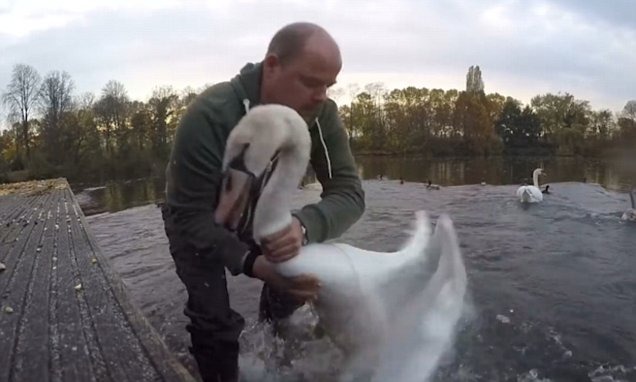 It’s very exciting, because the brave man knew how to act in order not to harm both himself and the poor creature.
After completing his mission, Stefan released the beauty into the water. 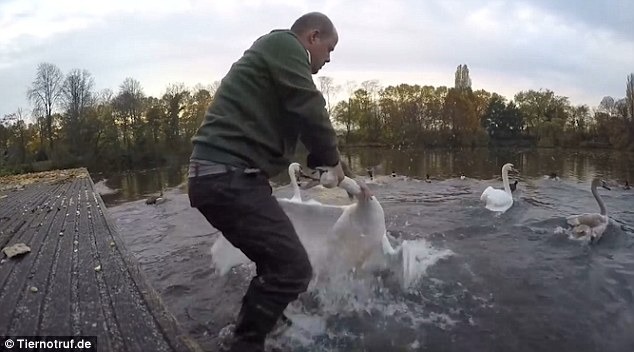 What a brave action!