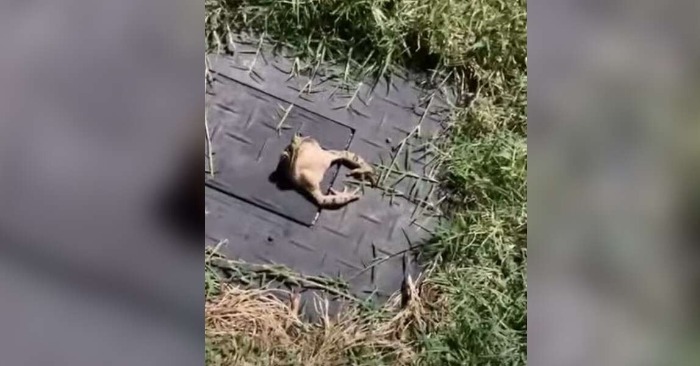 What an amazing rescue by a skilled vet!

Once Veronica Galindo, a caring vet, discovered a frog stuck in the utility hole and tried to help him. But she noticed that he became bloated in a panic thinking that he was in danger. So the woman decided to rescue him in a smart way.

The main way to free the cutie was massaging his belly. After a few minutes, she managed to take the frog out.

They became friends for a short time and then the woman had to say “goodbye” to her little friend.

The vet captured the whole procession on her camera and shared it on social media.

What would you do if you found such a creature in need?