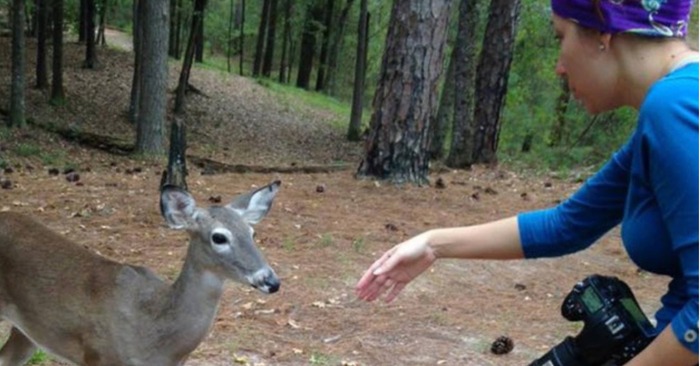 The photoshoot of the newborn child was interrupted by an unexpected guest.

It was a special autumn day for a photographer named Megan Rion, who wanted to take fascinating photos of a one month old baby named Connor, when suddenly something unexpected happened. A wild deer wanted to pose in the photos, too, so she appeared there to make the photos more attractive. 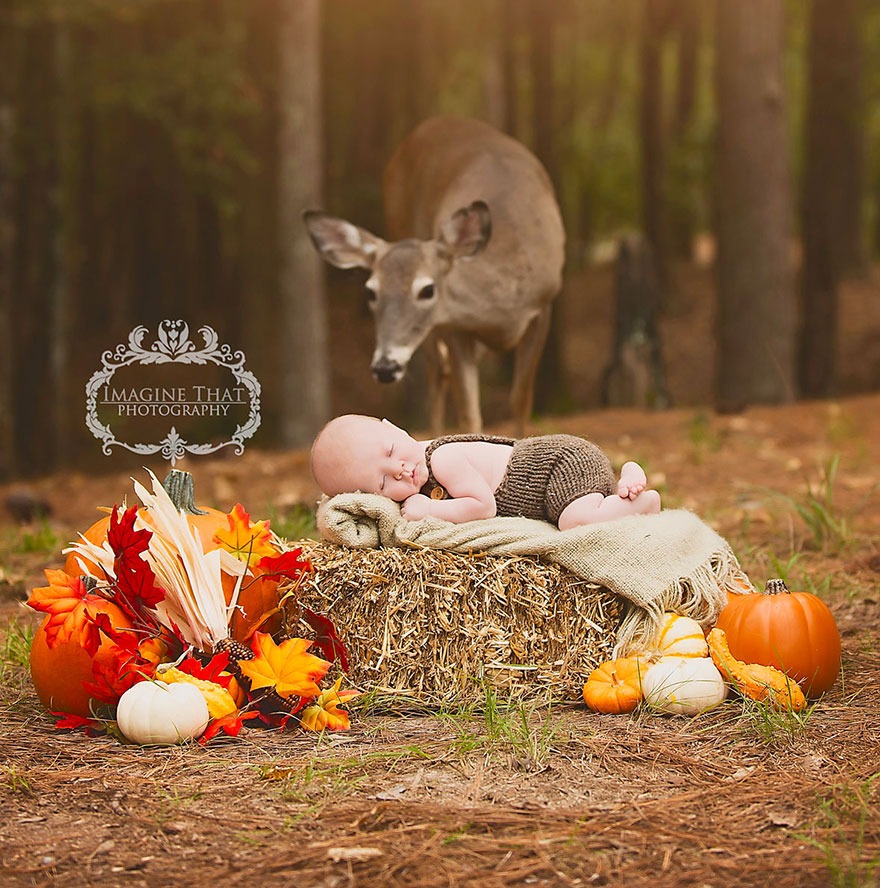 The cute deer lives in Sam Houston Jones State Park in Louisiana, and she was fed by humans since her birth, so she wasn’t afraid of the people and calmly approached to them. Although they liked the baby so much, they were so careful towards the wild animal. 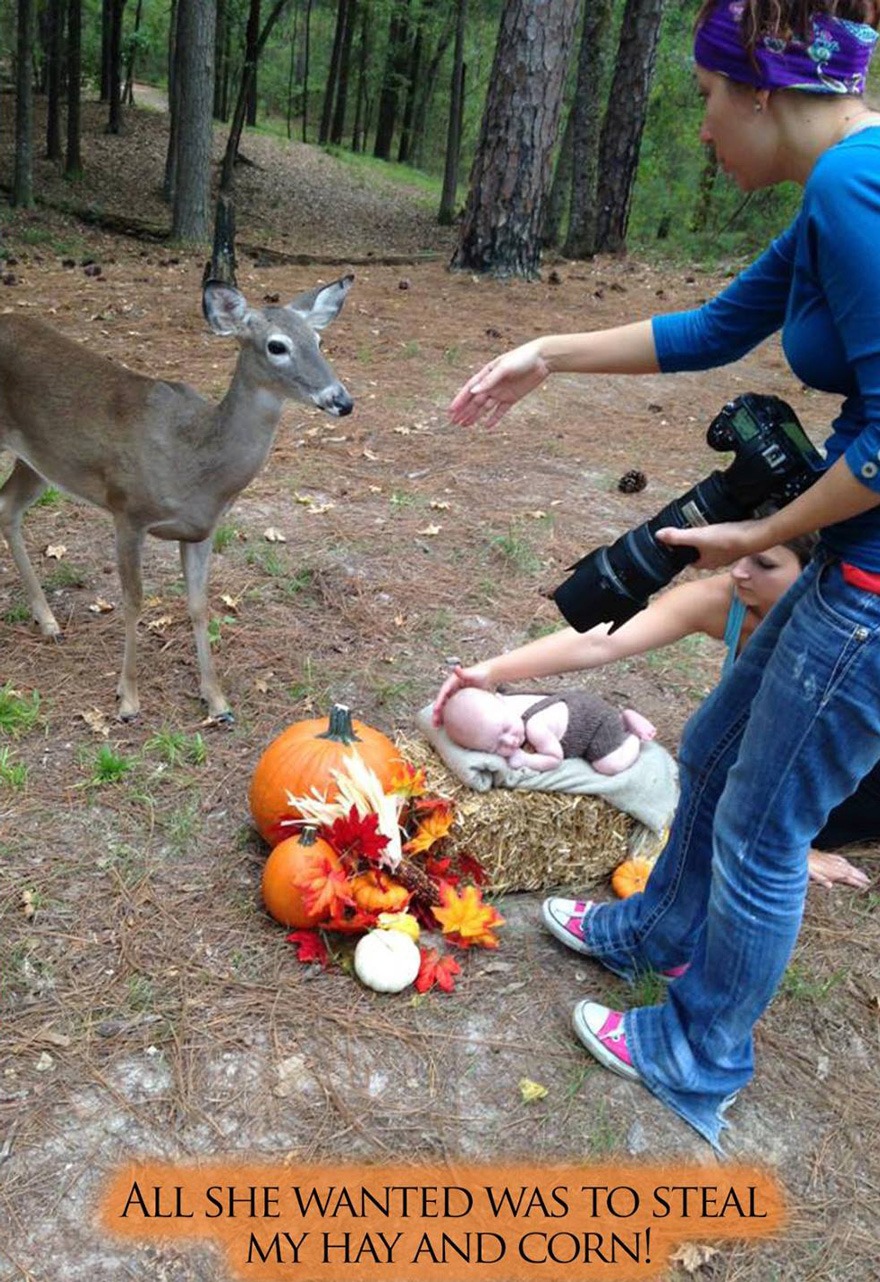 The deer is seen in five photos and makes them more attractive. The photographer was so happy to take such an amazing photoshoot in her lovely place. 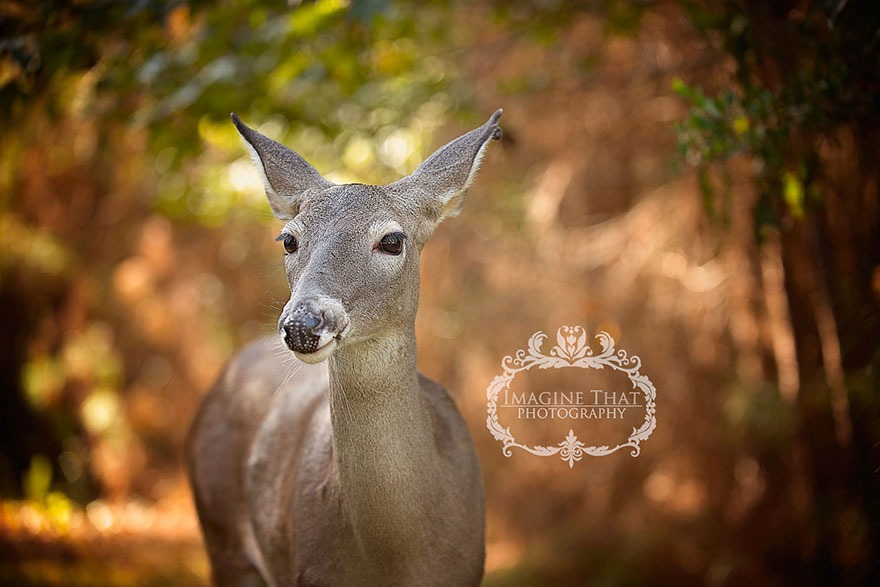