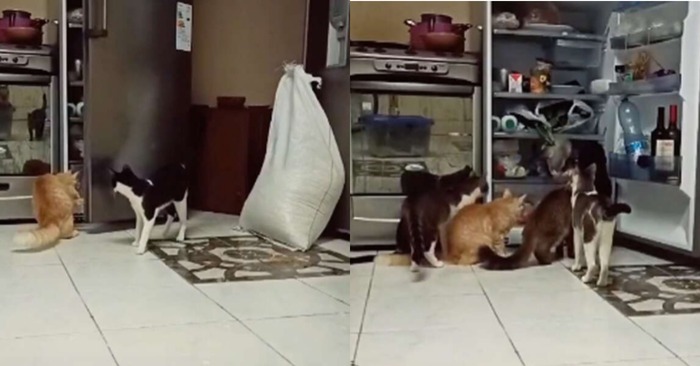 Cats without shame and regret were taking food from the fridge

Celeste Mio thought, that a food thief was slinking in her neighbourhood, stealing food from her refrigerator.

So she decided to place a hidden camera in her kitchen to find out the thief.

And she discovered. Mio’s orange cat knew how to open the refrigerator door with his paw and he and his friends could steal food without being caught.

And here’s the video of the theft:

But the cats food theft was interrupted after two minutes of limitless access to the refrigerator. But these cats have no regret or shame, even when their owner entered.

Mia can close the fridge, but we think it won’t remain shut for long.