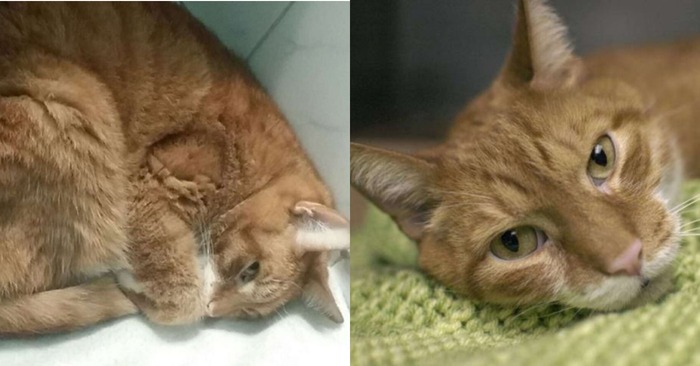 A cat rescue took him from the shelter and gave a foster home, but the kitten was sad because of a loss of a family and home. And his sadness is getting worse. 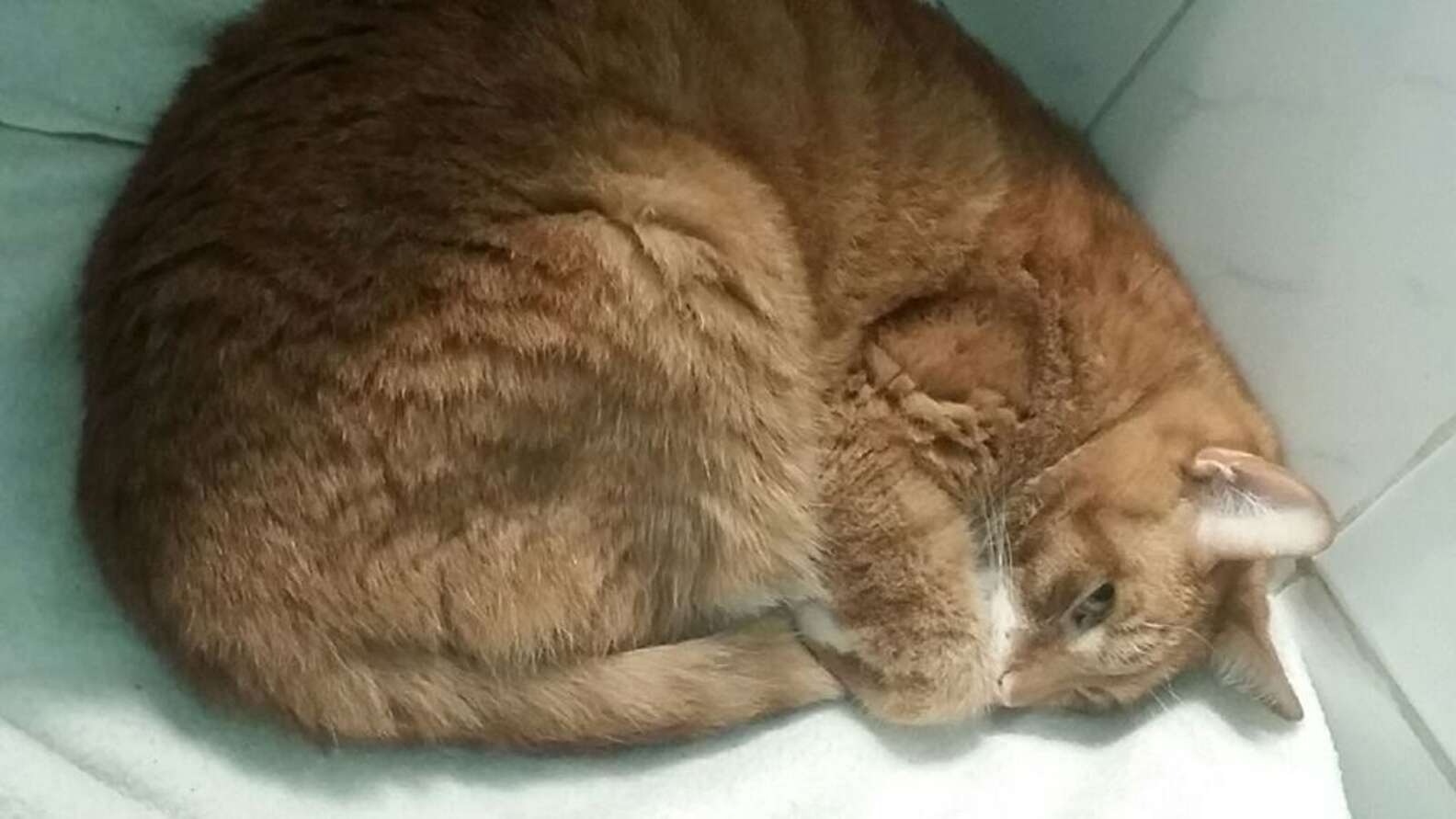 “He refused to eat or drink anything. We had to force feed him to keep alive for days and he lost 3 pounds because of it. He was never aggressive, he’s just sad.” 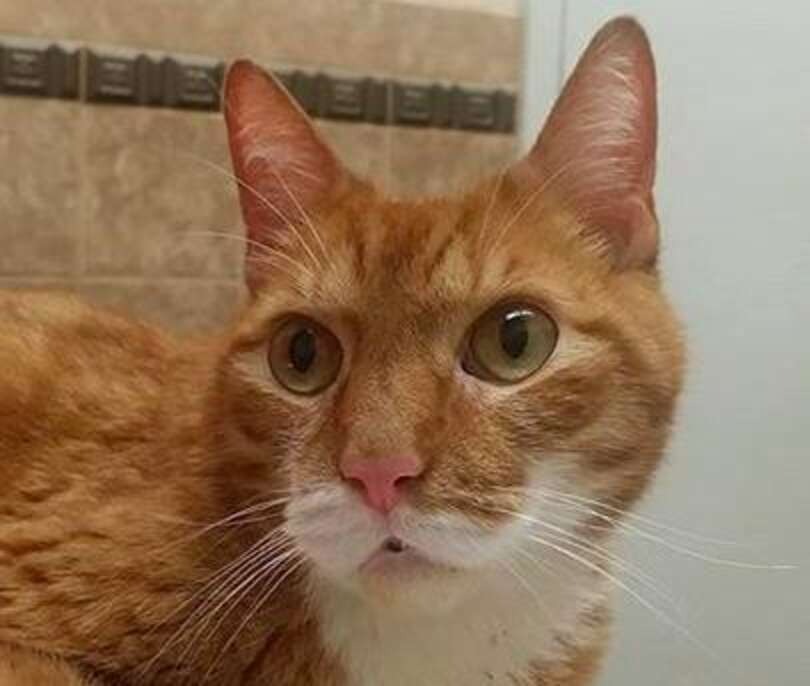 Tiger Tim was listed to be euthanised. And if weren’t the shelter staff the cat might have been euthanised. 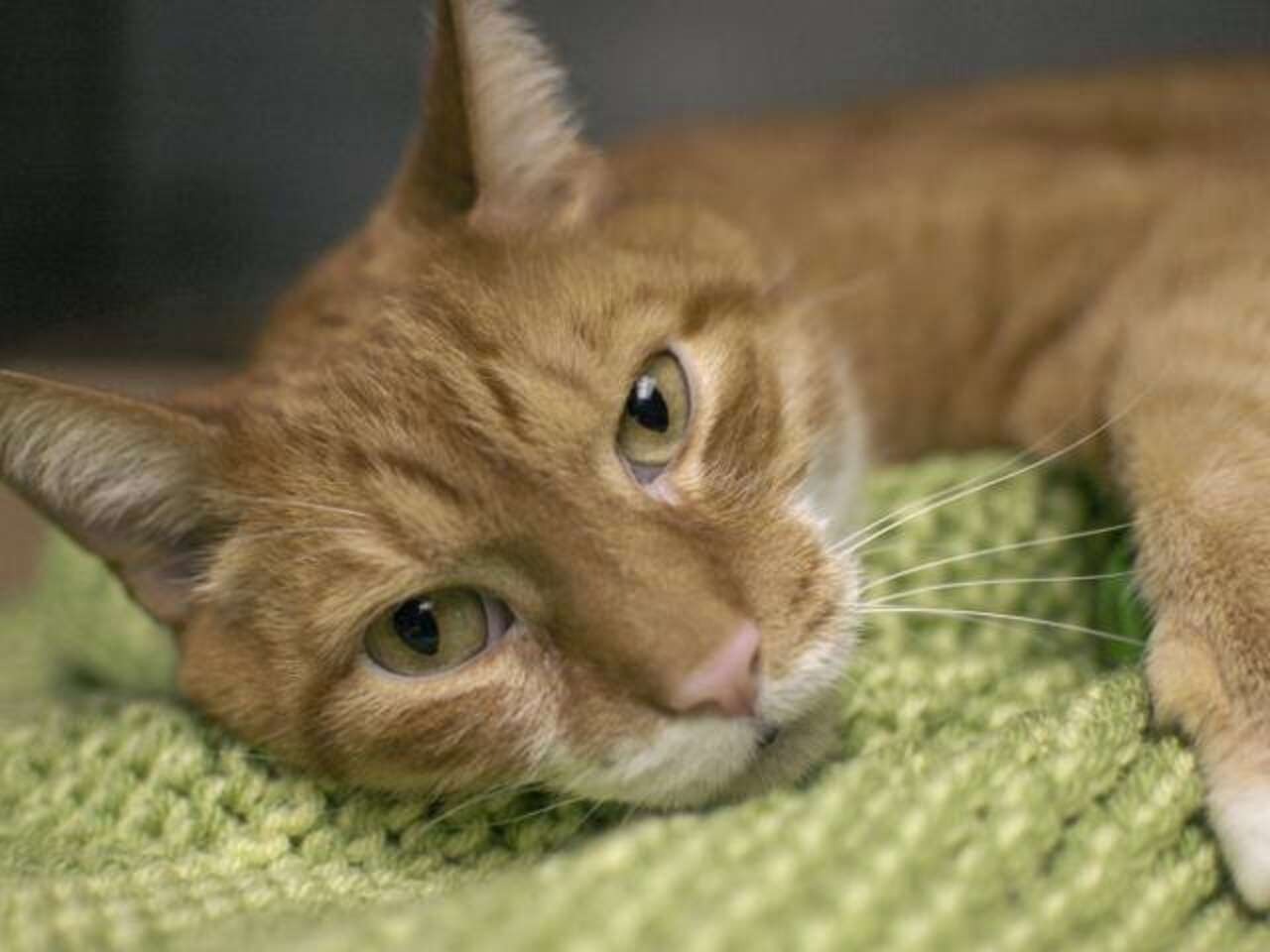 He was taken to the clinic, after he was withering away from agony. The test revealed, that the white cells count in his blood is abnormally high. And it might take to an illness.

The shelter is now fund-raising for the cat’s medical costs. It will take a long for the cat to be fully recovered, both physically and mentally, and maybe one day he will have a new family, where he will be loved more than a new furniture.