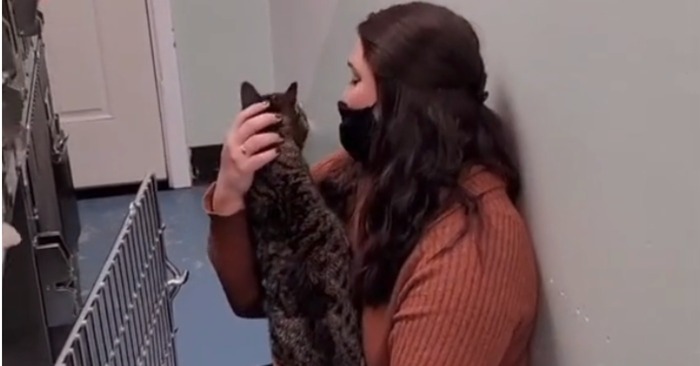 The Kodiak Animal Shelter posted a video of a touching reunion on TikTok. They wrote: “Reunited after 13 years. Everyone was touched.!”

In the video a woman was seen walking into the shelter and the meow of a cat when she says “Hi Sweetie”.

And after that she took the cat from the cage and cuddled him.

The video was seen over 1 million times.

Someone commented: “I can’t imagine what it feels knowing noting about your pet and finding it after 13 years.”

And the other one: “I work in a shelter and it’s a common thing to reunite people with their pets, that were lost for hears, but 13? It is really amazing.”

The shelter shared another video about the same cat named Homer.

Homer was very frightened and weak when he was brought to our shelter. They thought it wouldn’t be microchipped, but happily it was. They were amazed, when it turned out, that he has been missing for 13 years.

We love happy ends and we are happy to be able to reunite them.

@kodiakanimalshelter We love happy endings and are so tickled we could reunite them. @emmathealaskan #microchipyourpets #kodiakalaska ♬ You Found Me – Instrumental Pop Songs