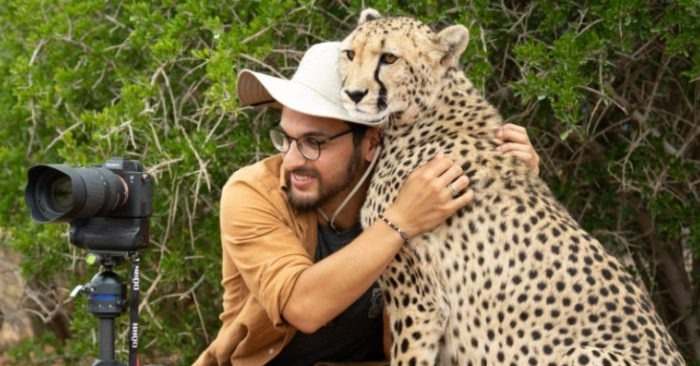 A unique experience of a photographer in Africa

A German photographer and filmmaker named Sasin Amir often visits the African savannah. And there he captures adorable photos and videos of native animals. The animals have a special place in his collection. 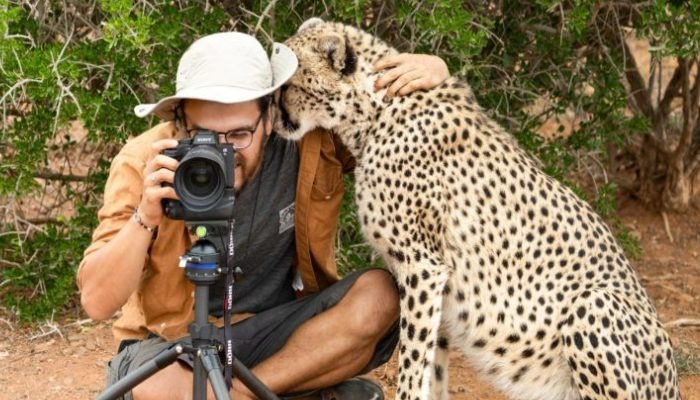 Amir recently went to Africa once more, where he had an unusual experience. Sasin was examining the savannah when he saw, that a cheetah was approaching him.

The cheetah stopped for a moment to consider what to do next. 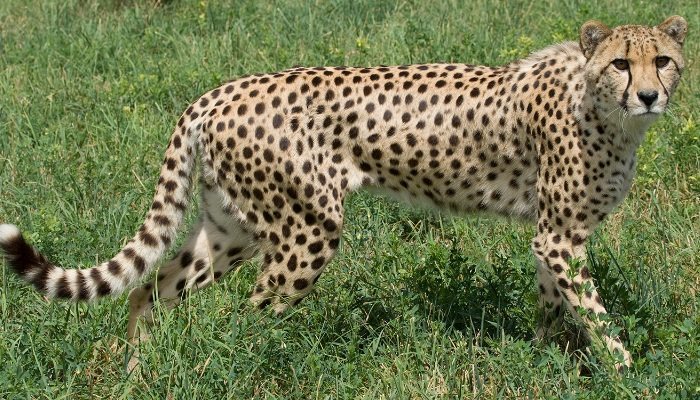 He approached Sasin. And when he approached the cheetah smelled him before sitting down next to him and brushing up to him. It took the man some time to understand what an amazing experience he had. 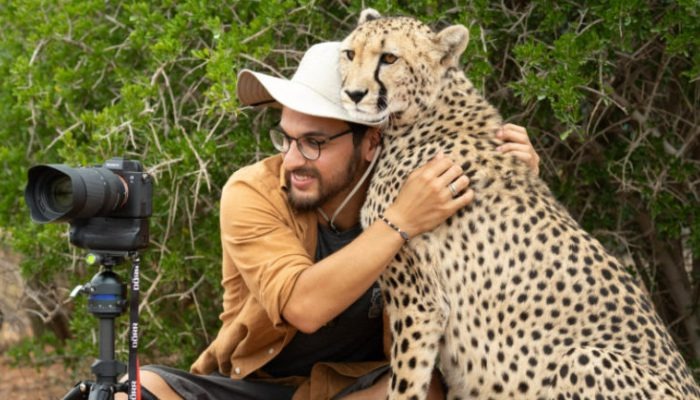 How fortunate he was at least to be able to communicate with the animal. The cheetah was very sociable.

He also hugged Amir to demonstrate his love towards him. Sasin had a unique opportunity to communicate with lovely nature on that day, as the cheetah let him pet and hug.