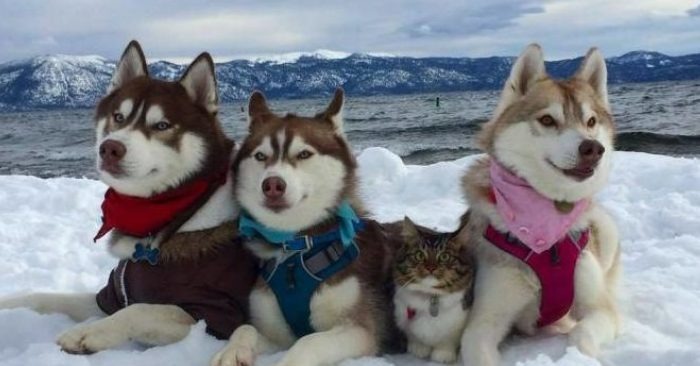 One more story, that proves animals are eager to assist one another

Three Huskies living in Los Angeles raised Rose and let her join them. The dogs’ owners took the baby on the street last year. 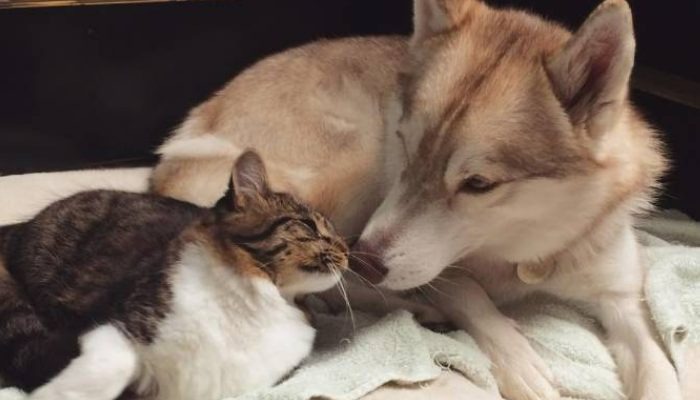 To the owners’ surprise the dog named Lily immediately began looking after the new family member.

“Our husky Lily cared for the poor cat Rose, who was in such a bad shape. All the time Lily stayed by her side.” 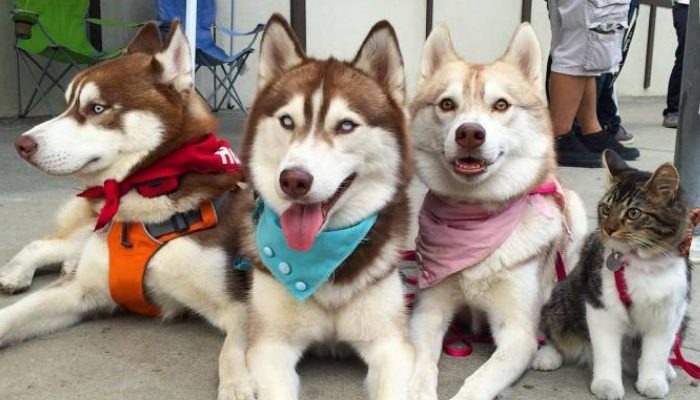 The animal’s owners told: “It appears like Rose began to consider herself as a dog after that.” They told, that the cat learned all the necessary traits of dogs, such as leadership, courage and the love of baths. 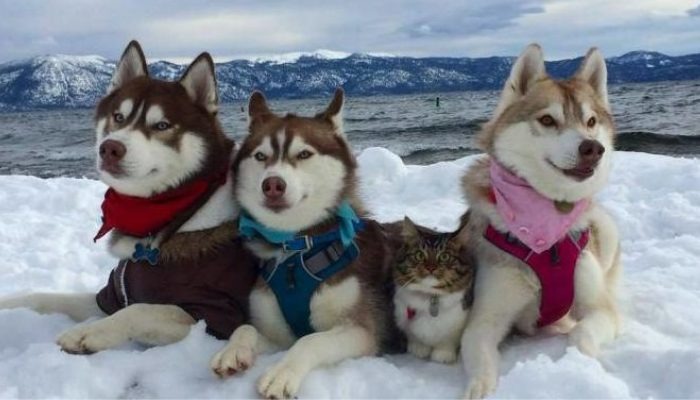 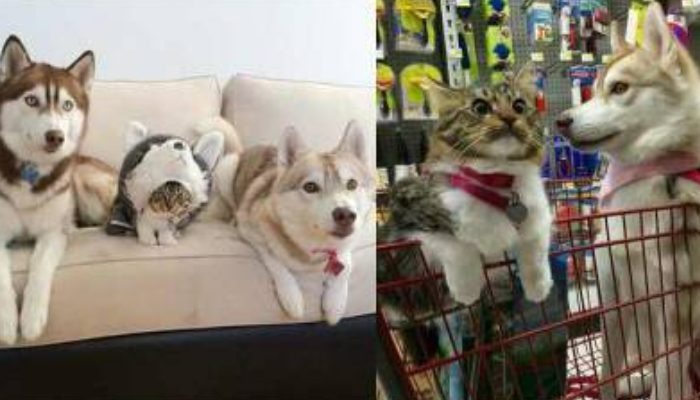 What an amazing story. Who would have thought, that a dog and a cat found on the street could make such an amazing friends.

And such stories prove, that animals, regardless of their species or size are eager to help those in need.