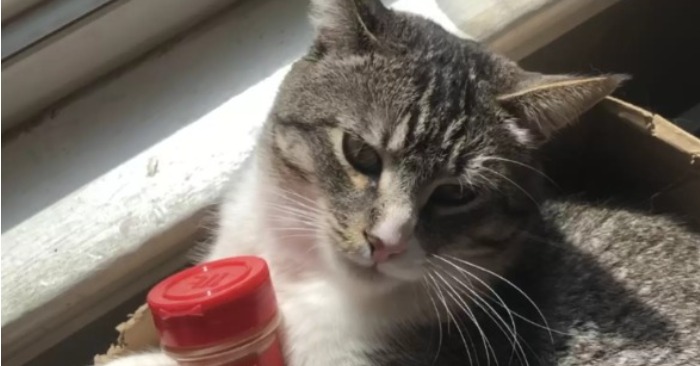 A small and unusual toy out of plastic, which the cat adores

Winston’s mother Emily Tan told: “Because he is in love with hid food and just eating in general, he would eat his toys, especially soft ones.” 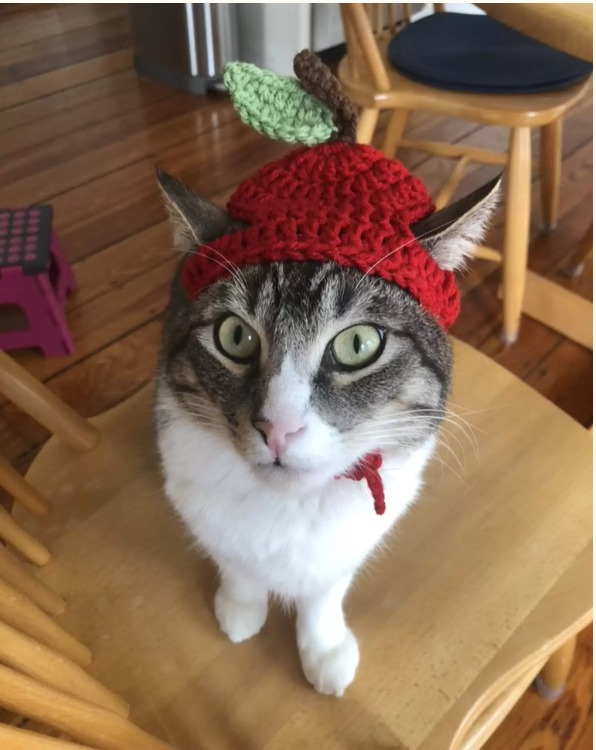 And due to this it is very difficult for his owners to find a toy for him in order not to take it away from him.

Once Winston’s owners put their empty bottle of cinnamon on the windowsill to take it to the recycling bin. And Winston found it, place it into his box and decided it was his beloved toy from now on. 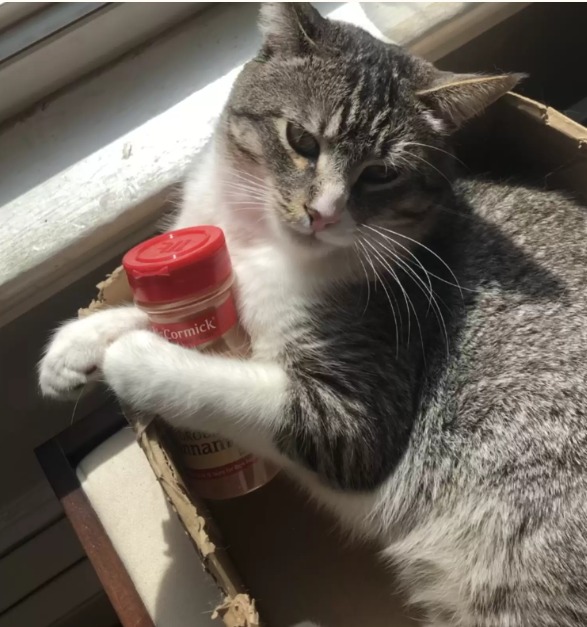 His parents were amazed at first. They can’t understand why he liked the cinnamon bottle so much. He would spent the whole day with it and if they tried to take it he would scream. 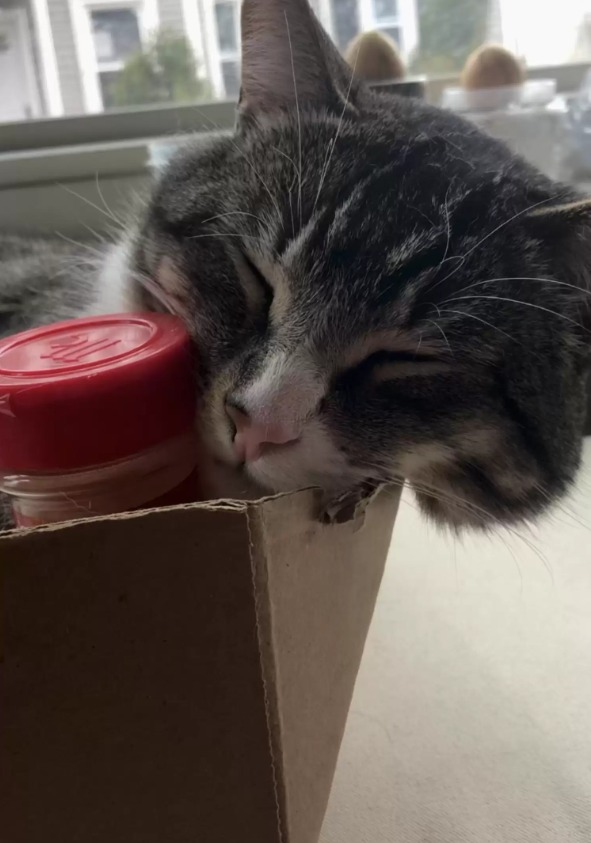 “He has strong reflexes. He would play with the bottle, grabbing it with both hands and cuddling it into his chest. It’s just amazing.”

Happily the cinnamon bottle turned out to be the best toy for Winston, as he can’t chew it like his other toys. He just plays and snuggles with it as long as he likes. 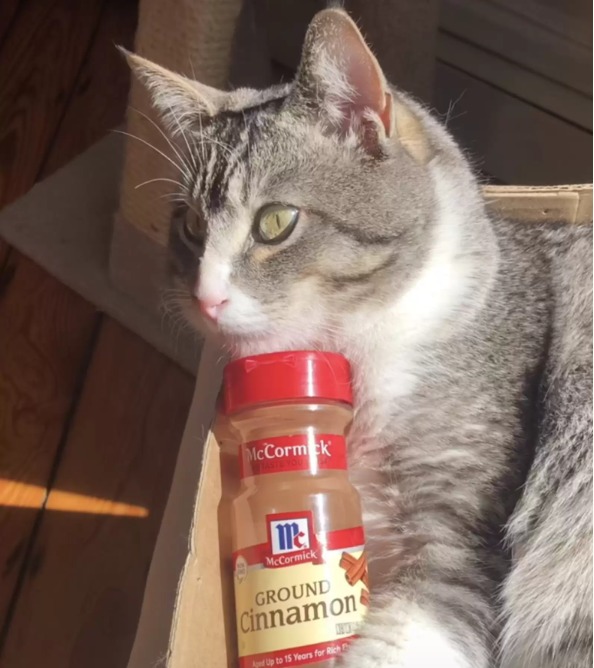 “The cinnamon bottle is the safest toy for him, as he couldn’t eat it. So for this reason we haven’t had to pull this one away from him.” 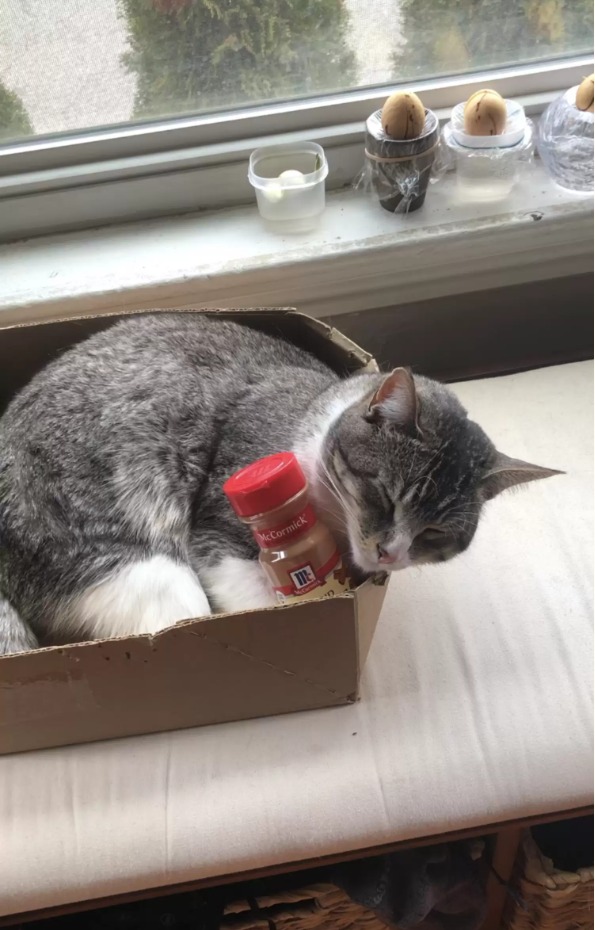 Winston just adores snuggling with his cinnamon bottle whenever he wants. He will take it out of his box and chase it around, but he likes to hold it. It’s his new beloved toy and he likes to show it.

Tan told: “It’s been a few months now that he has been hanging with his new toy. He just hugs it all day long.”