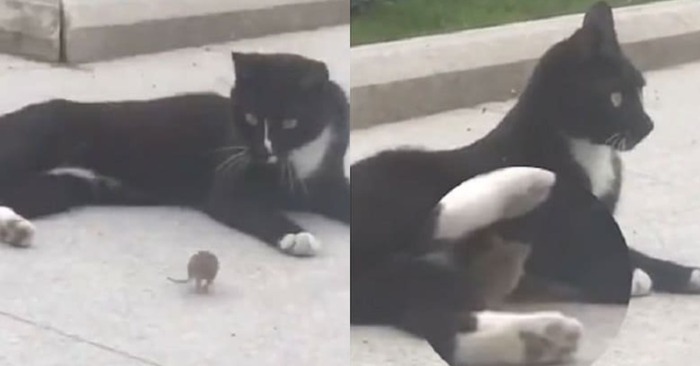 An adorable relationship between a cat and a mouse

Who said, that cats and mice should be enemies all the time? Is you think like this, the video will change your mind, showing that differences can’t win love and connection.

At first a black and white cat follows a little mouse. It seemed the cat didn’t want to hurt the mouse and stopped following it and sat on the sidewalk. Then the mouse did something amazing. It ran to the cat and asked for some cuddles and the video became popular.

In the video the mouse was seen under the cat’s belly asking for cuddles. And it’s not surprising, that the video became popular. Many people compared the couple with Tom and Jerry. 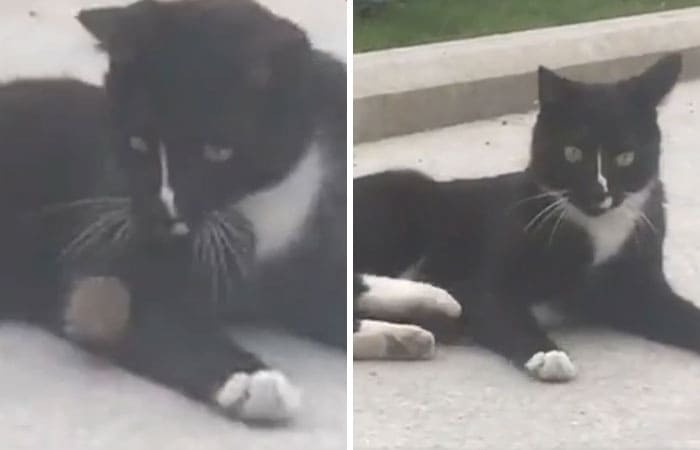 Some people wrote comments on the video: “Some of us need love so much, that can endure even pain.” “Mouse is so sweet! I want to cuddle it.” “The new Tom and Jerry.”