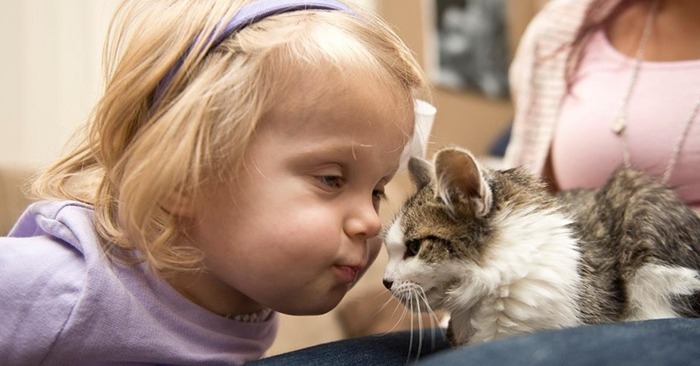 The  cute babies, that are going through the same thing

A little girl named Scarlett Tipton had her left arm amputated when she was only 10 months old because of cancer. And a rescue cat named Doc had her right paw amputated because of a car accident. The Tipton family went to the shelter and adopted Doc to their family.

“We wanted a little cat for Scarlett to grow up with. She saw Doc and screamed: “owies.” When I explained her she had specialties just like her she understood and placed her hand next to her. She understands the cat has the same problems as she has.” 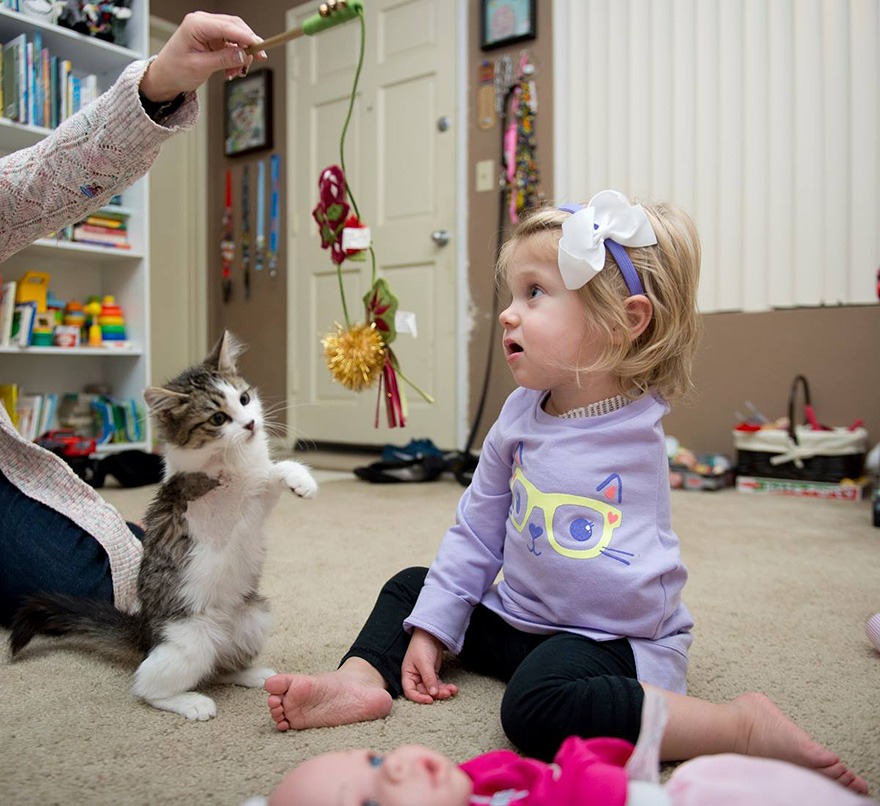 Sadly both of them had lost something. 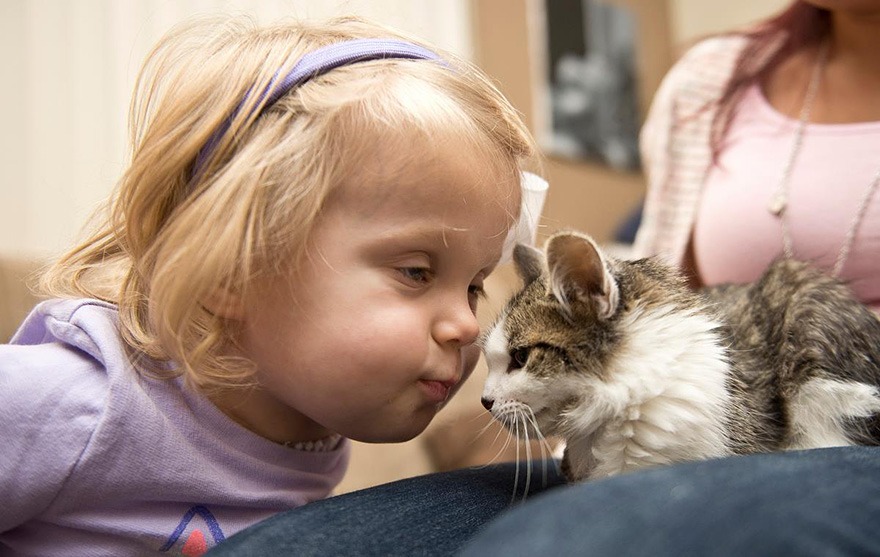 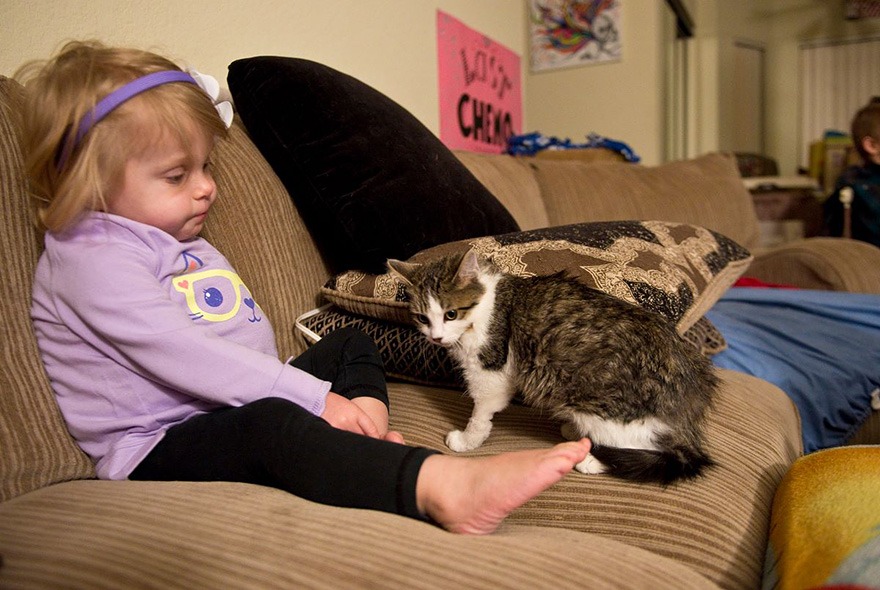 Doc laid under the car to stay warm lost her paw. 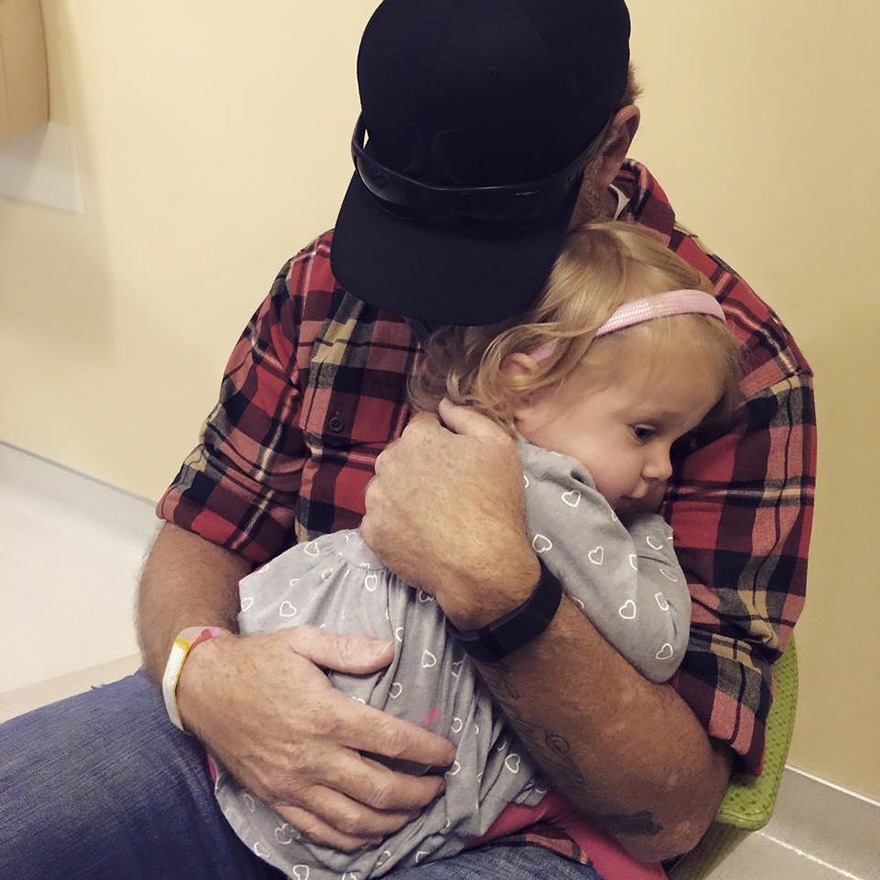 When the Tipton family knew about the cat, she became their family member on Christmas Eve. 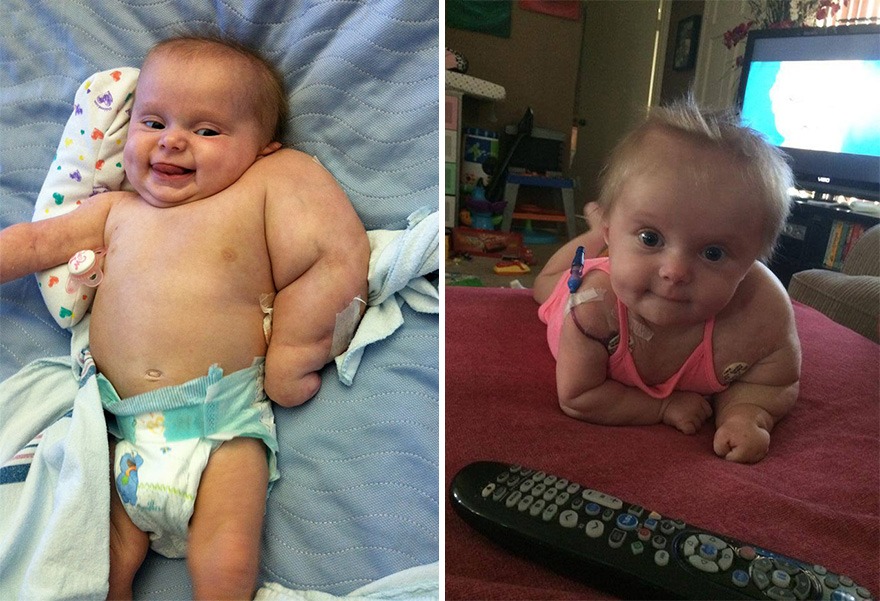 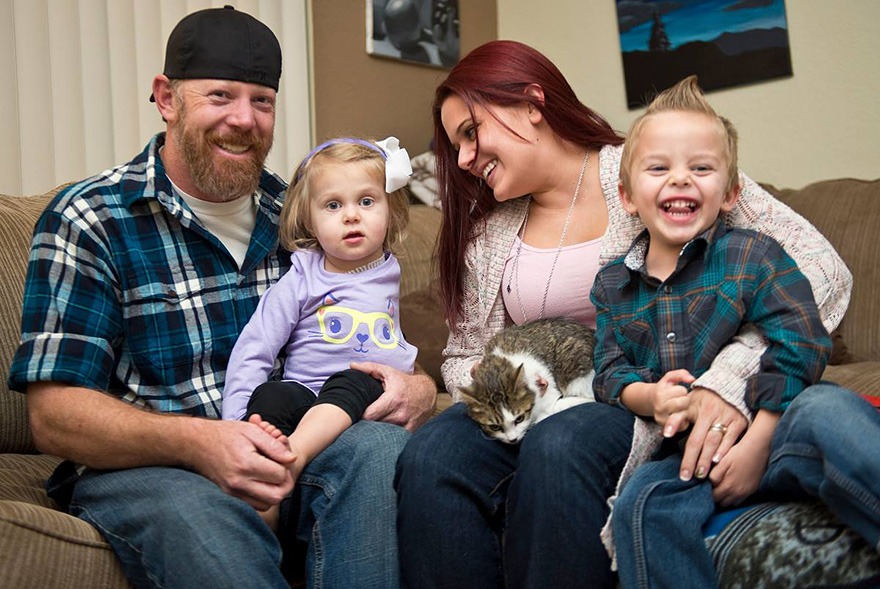 Her parents want to encourage their baby after the operation.